In the wake of rising Coronavirus cases in the UK, shoppers have cleared supermarket shelves of essential items such as pasta and loo roll.

With new cases reported every day, many Brits have started to panic buy many household essentials. Some of the most popular items such as pasta, long life milk and baked beans have been emptied from shelves along with goods such as hand sanitisers and anti-bacterial wipes in an effort to stock up for self-isolation.

Tesco announced recently that it would limit buyers to 5 of each staple item as stores have been left bare nationwide. Anti-bacterial gels have recently been flogged online at 50 times their value as shops are sold out all over the country along with a number of other symptoms of ‘panic buying’ in the wake of recent Coronavirus deaths in the UK.

The most recent death was a man in his 60’s treated at North Manchester Hospital who had recently returned from a trip to Italy. 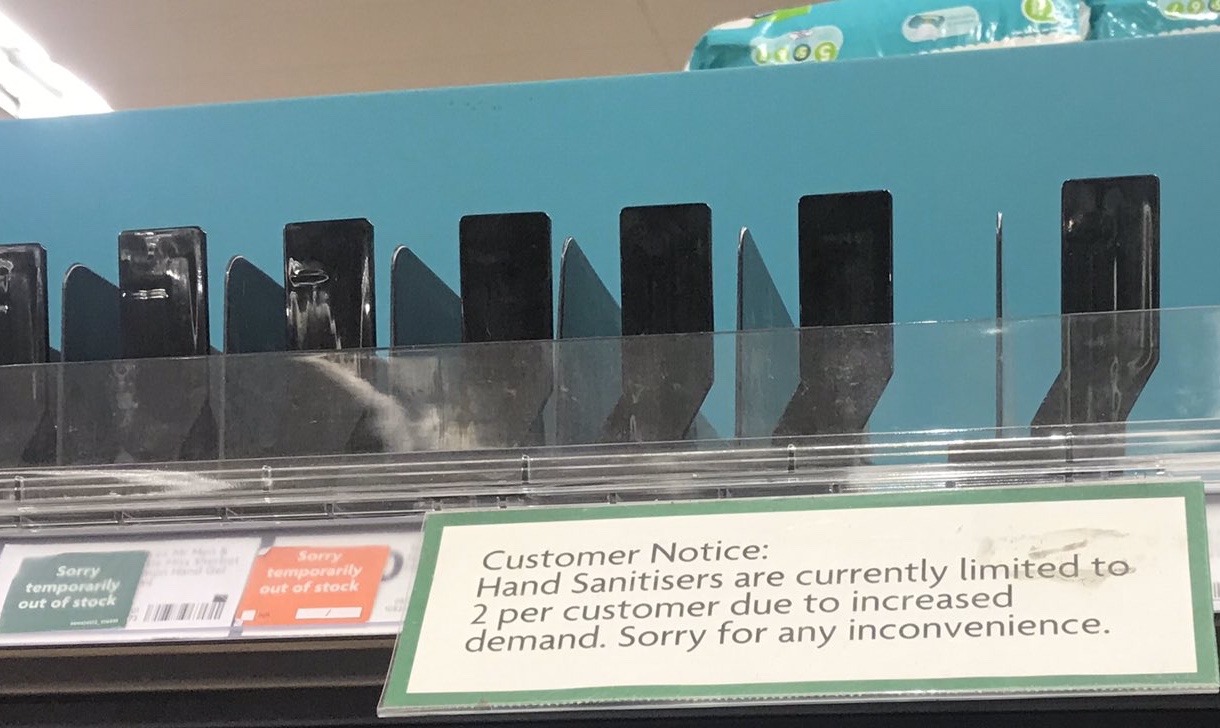 A spokesperson from Public Health England has asked the public to “plan ahead” for potential self-isolation but to not panic-buy as measures will be introduced to ensure food and supplies to the population. The last time that food was rationed in the UK was during WW2, with rationing ending in 1954.

Currently, Tesco’s is the only supermarket enacting such strong measures, with Waitrose and Asda just limiting the sales of anti-bacterial gel to two per customer. Boris Johnson announced that COBRA (Cabinet Office Briefing Rooms) would convene today to discuss the plan moving forward for rationing and the new regulation that could be implemented for retailers. In the meantime, the government urges people not to panic but keep organised and prepared in case of self-isolation.

The number of confirmed Coronavirus cases around the world stands at around 110,000 as of last night with around 3,800 deaths although countries such as South Korea have reported a slow-down in the number of new cases recorded each day.