HBO Max might have a new ‘Harry Potter’ series in plan

Sources said conversations have taken place and multiple writers have been contacted to discuss the writing of the potential new series.

The world famous Harry Potter book series was first published in 1997 and went on until 2007. The fantastic story about a magical teenage hero and his friends became an enormous and successful franchise when the eight-film series started in 2001 with the first blockbuster: ‘Harry Potter and the Philosopher’s Stone’ and then continued collecting successes until the last film produced in 2011.

The Harry Potter franchise is estimated to have earned about $7,7 billion only at the box office becoming one of the most famous film franchises ever made. Warner Bros has also produced the franchise ‘Fantastic Beast’, a story connected with the more famous ‘Harry Potter’. Reportedly, a new Harry Potter series could be developed soon by HBO Max, a Warner Bros sister company.

HBO Max is in fact currently having early talks about the new project, although WarnerMedia has not given any official announcements. No writers or talent have yet been employed in the project although sources have told conversations have already taken place about the project and multiple writers have been contacted to discuss the writing of the potential new series. Multiple sources have confirmed the rumours, although Warner Bros has recently declared: “There are no Harry Potter series in development at the studio or on the streaming platform”. 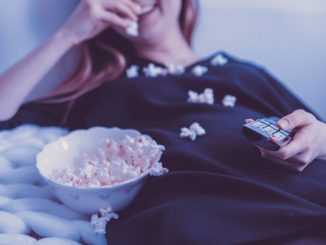 Movies: actors and actresses
2020 is coming to an end and we can definitely say we watched loads of films. Here’s a list of the best ones you have to be sure you haven’t…

Lifestyle
In a recent interview given to A magazine, Monica Bellucci said she happy with her body and has no intention to undergo vanity surgery. Not now anyway. Although she‘s pushing…
loading...

Lifestyle
Virna Lisi, one of the most famous Italian actresses, in a recent interview granted to Telepiù just a few days ago, said that she’s still waiting for her successor to…

Elisabetta Canalis to get married in Italian film

Federico Fellini's library on show at the Fellini museum in Rimini