The Lapo shirt for men: Lapo Elkann and Italia Independent 'No Lapo no Party'

The “Lapo–shirt” for men from Lapo Elkann’s Italia Independent label has been released, and will cost about 50 euros.
The series of shirts have been designed with logos referring to the famous Italian celebrity and include everything from a rip-off of Italy’s favourite George Clooney and Martini ad, “No Martini, No Party”, to slogans of “Lapers” and “Just Play”.

Talk about voyeurism! The Lapers and Just Play slogans refer to an incident when Elkann participated at an NBA basketball game from the sideline.
See the video of the funny incident after the jump.
Another slogan on the shirt says “777 Mission Independent”, referring to Elkann’s Italia Independent label and his birthday of October 7, 1977. 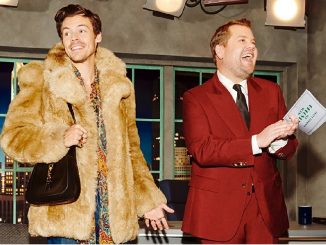 Italian fashion
Italian showgirl and model Sara Tommasi appears in these pics for the 2010 Exe spring clothing collection. Tommasi has been on many an Italian television show, and currently appears in…
loading...

Italian fashion
Stop racking your brain for the perfect Christmas present! This gorgeous Prada saffiano fori bag will send shivers of pure pleasure down many a spine! Made from hi-tech material, the…

Art/design
The 2010 Pirelli Calendar is one of the best yet, having been shot by Terry Richardson in Brazil and featuring models such as Miranda Kerr, Abbey Lee Kershaw, Rosie Huntingdon,…

After the Just Cavalli Cafè in Milan, Cavalli Club in Florence in opens