A beginners guide to cricket: how it works

Cricket is a strange game that originated in England centuries ago. It has many rules so we'll just lead you through a beginner's guide on how it works.

Cricket is an ancient English game, originating in the late 16th century. It looks fairly similar to baseball, however, it is a much more difficult game to follow. The basics are fairly simple but mastering it may take a little longer.

Cricket is played all over the world but has been taken up especially by India, who make up over half of all cricket fans all over the world. With countless strange words and traditions that dictate play, here’s a beginner’s guide to how it works.

The basics of cricket

Cricket is played by two teams of 11 players. Both teams take turns in batting (hitting the ball to score runs – explained later) and fielding (throwing the ball, catching the ball etc). In essence, the bowler throws the ball (made from hard cork) and the batsman hits it with a wooden bat. The other members of the bowling team take up position in the field to stop the ball from reaching the boundary (the edge of the pitch). All players on the pitch traditionally wear white with the batsman also wearing an array of protective clothing (pads) and a helmet as some balls can reach up to 100 mph!

The batting team needs to score as many runs as possible, while the bowling team wants to prevent these runs through fielding and by getting the batsman out. The game ends in one of two ways: 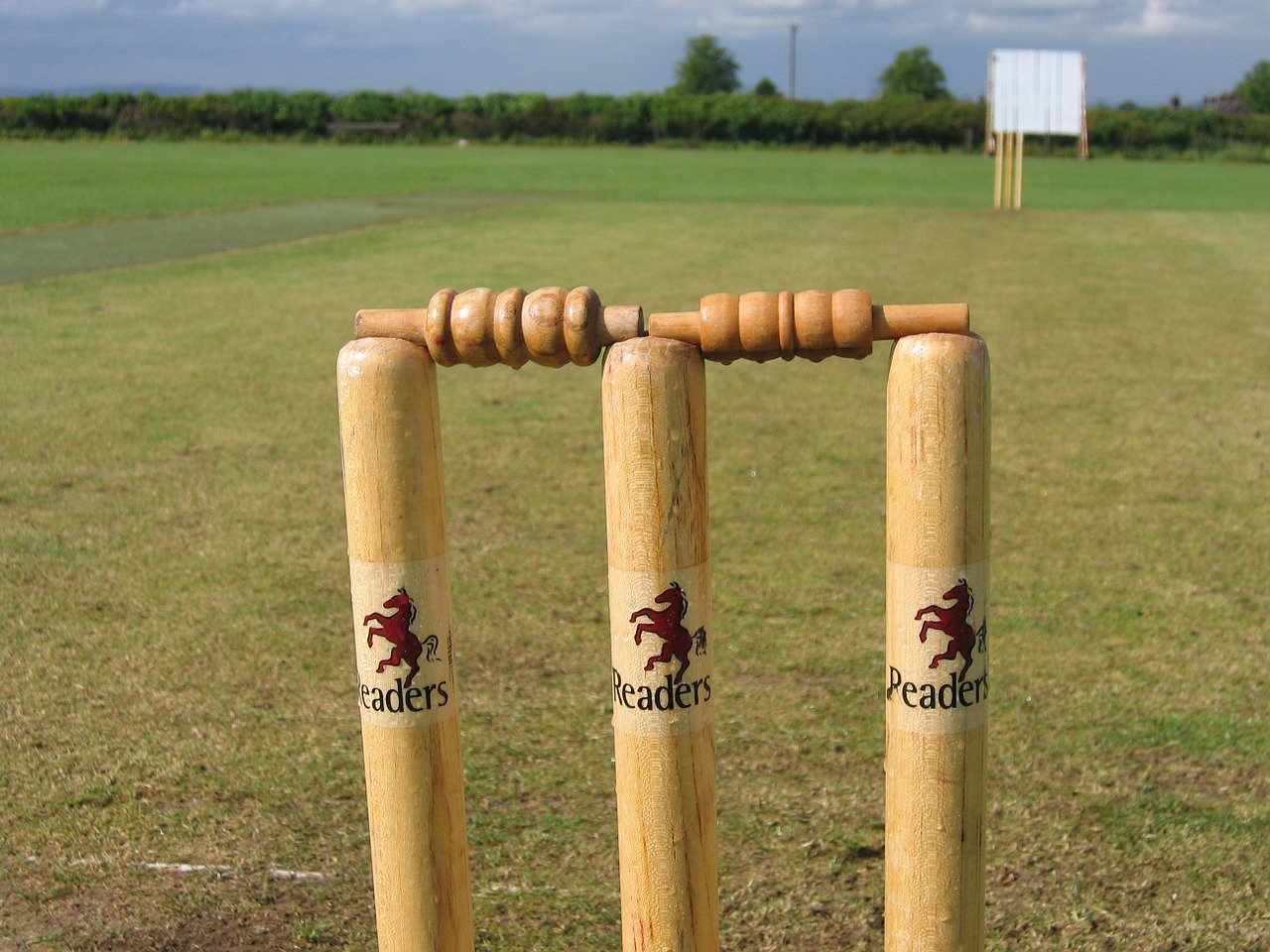 How is the game played?

By tossing a coin, the winning captain decides whether to bowl or bat first. From a small track in the middle of the pitch, the bowler takes a run-up and throws the ball towards the other end of the track. The bowler is trying to stop the batsman scoring runs and is also trying to hit the wickets (3 wooden stumps). If the bowler hits the wickets then the batsman is out and the next member of his team must replace him. It is pretty similar to baseball, however, the bowler must throw the ball with a straight arm and the ball must usually bounce to be allowed.

How does a batsman score runs or get out?

Once the ball reaches the batsman, he should hit the ball to score runs. These runs can either come from running between the wickets or by hitting the ball to the boundary. If the ball bounces before going over the boundary, this automatically generates 4 runs. If the ball flies straight over the boundary without bouncing, this generates 6 runs. The tactics of bowling and putting your fielders in the right positions to avoid these runs is key to understanding how cricket works. The batsman can also defend the ball to stop the ball from hitting the wickets (getting him out). The batsman can also get out by getting caught, being given out ‘leg before wicket’ (where the ball hits his legs and would have been going to hit the stumps) or be dismissed by a fielder throwing the ball at the wicket while the batsmen are running in between.

There are a few other forms of the game but most are played over the course of 1 day with a limited number of balls bowled or a time limit. Understanding cricket can take years so make sure that you sit next to one of the members of the English ‘Barmy Army’, a loyal British cricket fan base for an explanation of the various other strange words and practices that you might see on the pitch!

Sport
The Duchess of Cambridge inherits the title from her brother-in-law, Prince Harry, while her husband Prince William sponsors the Welsh rugby union.

Sport
The Team GB adds therefore two golds, two silvers and a bronze to the jackpot, thanks also to the sailing rulers which added three medals to Tokyo’s Englands conquer.

Tokyo’s Olympics: britain’s team is fifth on the medal table thanks to the three golds

Who has qualified for the knockout stages in Euro 2020 last-16 teams?

Injury at Wembley Stadium during the England VS Croatia match

Boris Johnson: football teams have to answer to their fans

14 January, 2021
Copyright © 2020 | NewHub.co.uk - Edited in UK by Contents Media - All Rights Reserved.
All contents are produced in a hybrid way by a technology of Artificial Intelligence and by independent creators via the platform Contents.com. If you want to write for NewsHub.co.uk, Sign up to Contents Creators
Made with ❤ in London UK