UK, thousands at risk of Covid after Excel failure

Nearly 16,000 Covid cases were not reported properly because of an Excel spreadsheet failure, the IT error may lead to a huge rise in cases.

After an investigation found that 15,841 positive cases had been ‘lost’ and were not properly reported in the past week, the UK registered a shocking rise in cases. Reportedly, the cause of this technical glitch may have been an Excel spreadsheet.

Thousands at risk of Covid after an Excel failure

Nearly 16,000 people tested positive to Covid may have been in contact with tens of thousands of individuals, after an IT failure stopped them being transferred to the test-and-trace system. Health officials are now trying to trace everyone who had been in contact with the positive cases but it is very likely that some of them may well be at risk of having contracted the virus, as Work and Pensions Secretary Therese Coffey has already confirmed.

Reportedly, the IT error has been caused by an Excel spreadsheet where the lab results were inserted. The spreadsheet failed to update, after reaching its maximum size and nearly 16,000 positive cases were not reported. The shocking IT failure in COVID data gathering may lead to a huge case rise in the UK. In a statement, founder of Covent Garden-based Global Security Academy, Richard Bingley, said: “Excel is useful for small tasks but not for handling large quantities of metadata.”

Work and Pensions Secretary Therese Coffey said the nearly 16,000 positive cases received their test results and were definitely instructed and taken care of. But all individuals who had been in contact with them needed to be traced and the government had to be certain they were told to self-isolate. This IT failure and the huge risk it may lead to it is the proof that contact tracing is an essential weapon in fighting Covid. The files containing the data have now been reportedly split into smaller spreadsheets to avoid further errors. 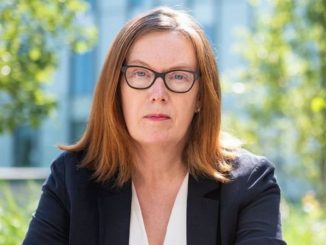