How many centimetres are in a metre?

© Sergey yellow ruler isolated on white
© Sergey
Introducing the metric system
Before metric measurements were introduced, the length of something was measured using the imperial system which included feet, inches, miles, furlongs and others. The lack of common standards led to a lot of confusion and significant difficulties in the trading of goods between countries.

At the end of the 18th century, the metric system was officially introduced in France as a way to simplify how things were measured. The metric system is used today by scientists and engineers throughout the world and most nations have adopted it as their standard of measurement.

Currently, there are only three nations worldwide that do not use it as their primary or sole system of measurement. The three nations are the United States, Burma and Liberia.

The most common metric units of length used are the kilometre (km), the metre (m), the centimetre (cm) and the millimetre (mm). These units of length are related as follows:

We use various different instruments to measure length. For example rulers and tape measures are marked in both millimetres and centimetres to measure shorter lengths accurately.

A meter ruler or trundle wheel is used to measure length to the nearest metre and a car’s odometer will measure the distance in kilometres. 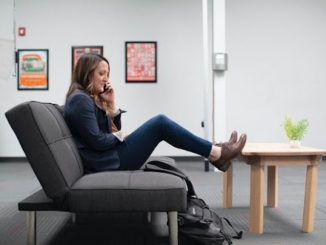 Science & Technology
Data is the business driver in all areas of a company, from marketing to sales. If you don't use the best tools to analyse the data you generate, you will…

Science & Technology
As a parent, the first thing we ask ourselves is: Is Yubo safe to use ? Here is where you will find all the things you need to know about Yubo, and…
loading...

Science & Technology
A brief explanation of what this transition entails is necessary for individuals interested in using the Alpha version of Selenium 4.