The Oxford’s virologist Sarah Gilbert is the new Barbie

Women who made sacrifices and stand out are recognized.

Barbie’s new doll looks like one of the scientist who contributed to the Oxford’s covid vaccine. Professor Dame Sarah Gilbert now has a Barbie doll in her image.

It’s been a while since now Barbie has launched its ‘Role Models’ collection.

Barbie, the most known doll is a game which characterize almost all kids while growing up, as milestone of their journey. It has been long criticized for the high standards of beauty perfection it poses; considering it harmful for a child to play with.

So, with the switch in societal values and ideals, Barbie’s company adapted too and created a doll for each of the Women which made history. This meant re-producing the features these women had, so different body sizes, heights, hair cuts, origin, and dress code. The ‘Role Model’ collection want to educate whoever plays with Barbies, that even women can reach important roles in society.

Inspiring the next generations towards science

Now it has been therefore the time for Oxford vaccine co-creator Professor Dame Sarah Gilbert. This woman led development of the life-saving jab. About the doll which resembles her she said that she initially found it very strange but hoped that this can inspire young girls to work in science, technology, engineering and mathematics.

I am passionate about inspiring the next generation of girls into Stem careers and hope that children who see my Barbie will realise how vital careers in science are to help the world around us. My wish is that my doll will show children careers they may not be aware of, like a vaccinologist.

But Sarah is not the only working in Stem doll. The toy company created other five dolls of women working in the same field to honor them. Which are the US healthcare workers Amy O’Sullivan and Dr Audrey Cruz; Canadian doctor and campaigner Dr Chika Stacy Oriuwa; Brazilian biomedical researcher Dr Jaqueline Goes de Jesus and Dr Kirby White; an Australian medic who co-created a reusable gown for frontline staff. 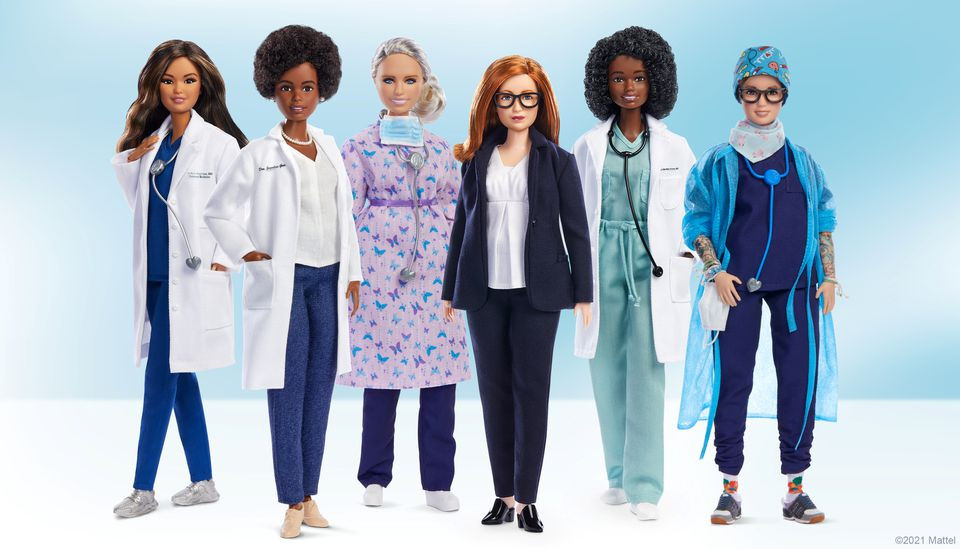 Barbie recognises that all frontline workers have made tremendous sacrifices when confronting the pandemic and the challenges it heightened. To shine a light on their efforts, we are sharing their stories and leveraging Barbie’s platform to inspire the next generation to take after these heroes and give back. Our hope is to nurture and ignite the imaginations of children playing out their own storyline as heroes.