Ibiza is preparing to inaugurate a long season without the parties organized by the Big Clubs. There will be no gatherings and no camps.

Ibiza is preparing to inaugurate a long season without the parties organized by the Big Clubs.

Some say that only the beach clubs will open. The fact is that there will be no gatherings or even encampments. Difficult to imagine at first sight. But it is clear that it could not be done otherwise in this post Covid summer, which began with the celebrations for San Juan (our San Giovanni) for the first time not on the beach in front of a bonfire, but in front of the Facebook page of the city council. Sad. But luckily something is moving.

The island is preparing to cancel its nightlife but to focus everything on its beauty, from sunlight to sunset, here always romantic. 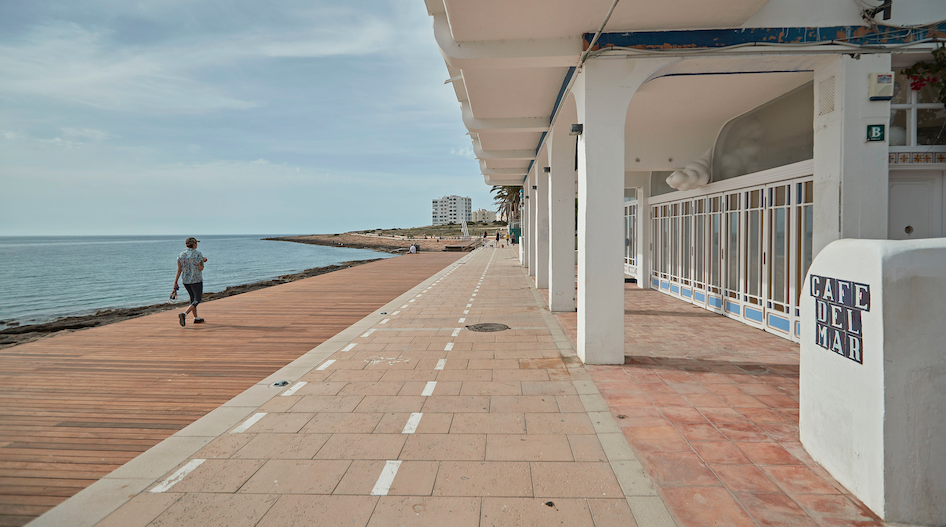 A few things change for those who go to Ibiza this year: night clubs and discos will remain closed. Then pay attention to the clock. According to the municipal ordinance, restaurants will close at 2. The bars and cafes will close at 22. Premises that can accommodate more than 300 people will be closed. Popular festivals can start again (but this is the case only from 1 July) with limits: no more than a thousand people outdoors and a maximum of 300 indoors. The beach will also be under control: through sensors that are activated when people enter the beach, it will always be possible to have the precise number of presences, to avoid crowds. Groups with more than 20 people are prohibited.

With these rules, however, only 30 percent of hotels will be able to reopen. Clubs and discos remain closed by government decision because they cannot guarantee distancing. Ushuaïa Ibiza has already made an appointment at its club for next year, while it is trying to reopen at least the hotel, the Tower, in compliance with the rules. 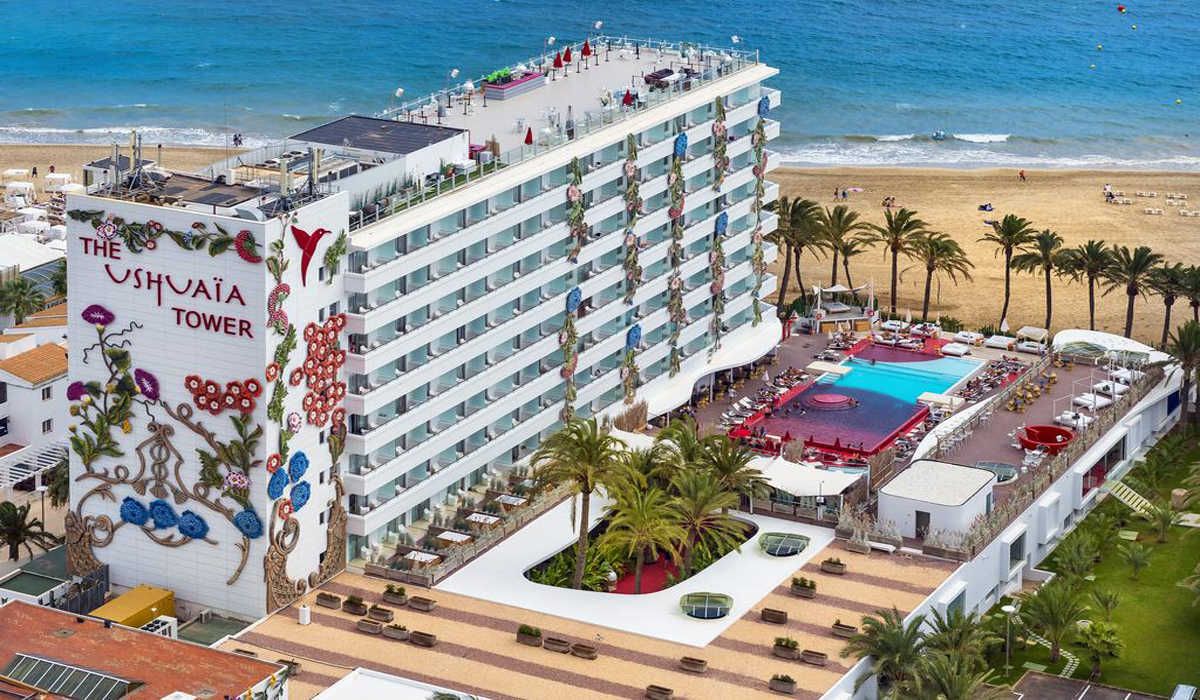 The holiday in Ibiza becomes slow, slow, to be spent in the middle of nature. Retreats or rather spiritual retreats, of meditation, yoga and mindfulness; in addition to the hippie markets (Las Dalias, Punta Arabì and Sant Jordi) also the walks on the beach (there are about 80 in all): there are 210 kilometers of coastline, between tiny coves but also soft dunes. From Cala d’en Serra, a beach north of the island, to Cala Salada with its dazzling turquoise waters. Cala Bassa, to the west of the island, near San Antoni, perfect for a holiday with children (it looks like a natural swimming pool). Or along the coast of San José (Cala Vadella, fine white sand), near the lighthouse of es Moscarter de Portinatx or the Plà de Corona de Santa Inés. Make a note also of Cala Benirras: one of the few that have remained wild and untouched. You will feel like you have gone back in time. From here unforgettable sunsets and to be accompanied – according to common custom – with applause.

For those who love active holidays, there is no shortage of hiking trails that cross the five municipalities of the island and overlook the sea: Eivissa, Sant Josep, Sant Antoni, Sant Joan and Santa Eulalia. To find out more about the history of Ibiza, in addition to the necropolis of Puig des Molins, declared a World Heritage Site by Unesco, you can visit the natural reserve of Ses Salines, in the south of the island, facing Formentera.

Some clubs may reopen – this is the rumor that goes around the island – in mid-July or August for small private parties, with a small number of guests. But there is nothing certain.

Privilege, the world’s largest nightclub, from 10,000 customers to zero
The pandemic has forced to sacrifice the season. The most emblematic rooms are drowning, while the beach clubs open without restrictions. 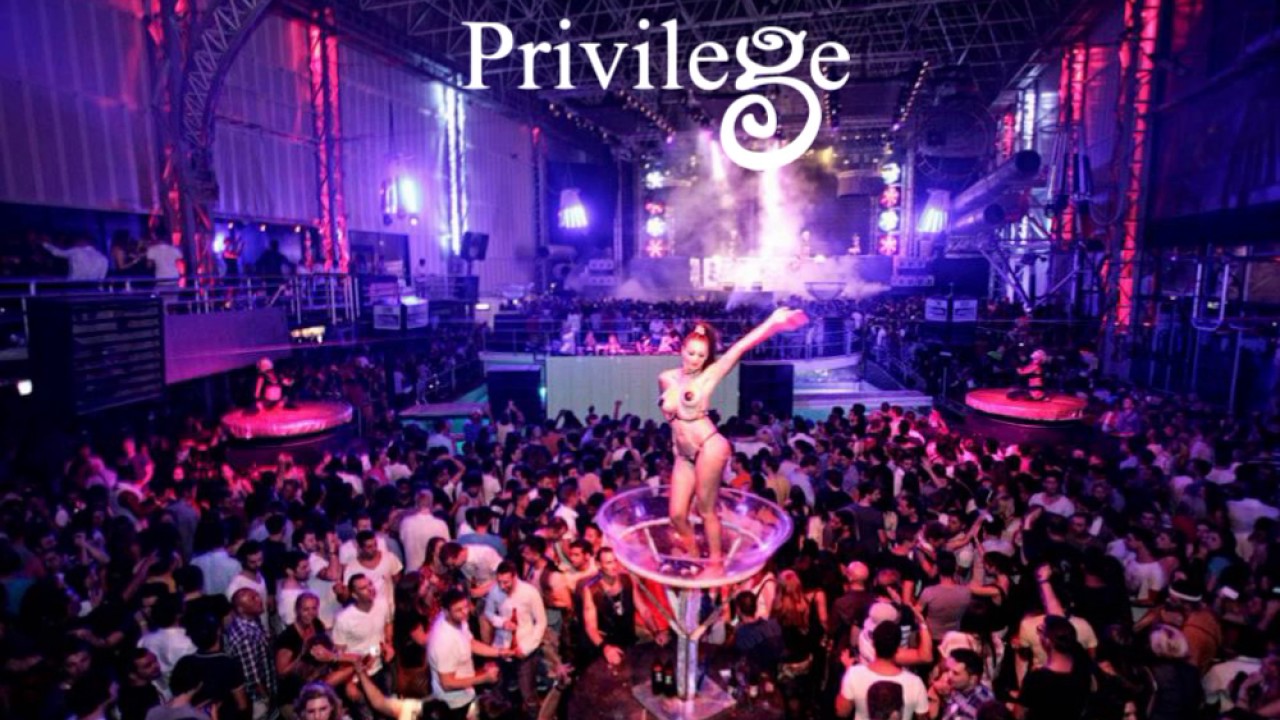 As you enter the door of the Privilege nightclub (Ibiza), you still seem to hear the roar of more than 10,000 people dancing and singing at the same time. All together they got into the Guinness Book of Records in 2003, for being the biggest album in the world and the one that more people have put inside. And if you refine it even more, you can almost hear Freddy Mercury and Montserrat Caballé as a duet, who recorded the legendary music video for the Olympic song “Barcelona” there in 1987.

You can hear all that if you put a lot of imagination into it, because Privilege is closed. It has gone from 10,000 to 0. They open it only for EL ESPAÑOL, who makes a trip through the most emblematic (empty) rooms of the Pitiusas Islands. Human boilers that no longer burn, temples of decibels in absolute silence. Privilege is closed like Amnesia, Pachá, Paradís … Ibiza has never been at such low hours. The discos are the flagship of the island, which put it on the world map of the party and made it the undisputed benchmark of clubbing culture. The goose that laid the golden eggs that fed the rest of local businesses

As you enter the door of the Privilege nightclub (Ibiza), you still seem to hear the roar of more than 10,000 people dancing and singing at the same time. All together they got into the Guinness Book of Records in 2003, for being the biggest album in the world and the one that more people have put inside. And if you refine it even more, you can almost hear Freddy Mercury and Montserrat Caballé as a duo, who recorded the legendary music video for the Olympic song “Barcelona” there in 1987.

Now the sector is mortally wounded. The losses are incalculable and the prognosis is dismal. The 2020 season was over before it started, due to the pandemic. But the wound is not from now; The owners of the clubs say that the intrusion has done as much damage as the coronavirus, because hotels with DJs and beach clubs have been taking away a large part of the usual clientele for almost a decade.

As if that were not enough, the Government has just decreed the total closure of nightlife. A measure that has little influence on these clubs, because none have opened this year. But the prohibition says nothing about daytime entertainment, about those beach clubs that have raised their clientele and that may continue to open their doors, because their hours are from 12 to 12. From noon to midnight. While the discos that gave Ibiza its personality are starving, the festive crowds will continue to take place in Ibiza. And with them, the more than likely expansion of the coronavirus.

The biggest
Privilege is a colossus. 6,500 square meters of temple of sound. A nightclub that is the history and absolute legend of the party around the world, because it has been in the Guinness Book of records since 2003, when they broke all the world attendance records. The capacity is more than 10,000 people and mythical parties such as Manumission and Supermartxé were held there. Privilege was born on the island and now has branches in places like Tokyo, Buenos Aires or Rio de Janeiro.

It is impressive to see the sleeping giant. Sound equipment is crowded onto the empty stage and the bars remain sealed. José María Echániz, its owner, points out a lot of packages with material for decorating the room. Packages that were never opened because the coronavirus did not want them. The owners do not want to talk about the money they have stopped billing, or the money they have lost, but an astronomical amount is assumed. However, the founder is clear. “It is for a health issue; We were the first to decide that we would not open, because we do not want to harm anyone. Much less to the Ibiza brand ”.

Echániz bought the nightclub in 1992, the Olympic year. That same year Barça was celebrating its first European Cup there. The club was called Kú and it belonged to José Antonio Santamaría, a former Real Sociedad footballer who was assassinated by ETA the following year. Echániz took over the discotheque at auction, because the owner company was bankrupt. In 1997 he changed the name to Privilege. Since then, the room has only gained popularity. In the last decade it has become the hall with the most spectacular performances in Europe and one of the biggest attractions in Ibiza.

Privilege closes its doors again. The largest nightclub in the world hopes to go from 0 to 10,000 next year, but the measures that the government is taking regarding its sector do not make them optimistic: Ibiza is the most coveted Spanish tourist gem in summer. This has been the case for the past 40 years. But between the coronavirus and a debatable political management that only favors foreign businessmen, its hegemony as the capital of the world party is in question. Croatia, Greece and Turkey lie in wait, to keep their throne. And in view of the development of events, the fatal relief is closer and closer.

What an absolute crock of shit, nothing has been decided at all this is all lies. Idiots

Was the writer drunk when they penned this drivel? Who is the writer, for that matter? A terribly written piece, much of which makes no sense. No quotes. No sources.

What moron wrote this?

Articles like this are economically destructive. Give this guy a penalty…

can you please post a reference to an official statement / source / reference????

guys, let’s be realistic, open clubs would be a miracle

Is your car dirty? Mine is. I was looking for a car wash, then I found a car wash near me at www.getcarclean.com

Travel
London can be less expensive than expected. Visti the right places, much are for free and people do not know it. Get immersed into the full Britain’s culture with museums,…
loading...

Travel
Planning this summer is not as relaxing as we all expected. Each time a restriction is removed, something else is coming up. Keep updated before traveling to avoid bad surprises…

Ireland cancels UK flights because of the new Covid variant

3 December, 2020
Copyright © 2020 | NewHub.co.uk - Edited in UK by Contents Media - All Rights Reserved.
All contents are produced in a hybrid way by a technology of Artificial Intelligence and by independent creators via the platform Contents.com. If you want to write for NewsHub.co.uk, Sign up to Contents Creators
Made with ❤ in London UK