During the match between Manchester City against Burnley a banner a banner with the words "White Lives Matter Banner" was flown over Etihad Stadium.

Burnley supporters and players condemned this action with Burnley player Ben Mee saying he was ‘ashamed and embarrassed’ by the statement.

Fare, which works with UEFA and FIFA on inclusion and equality issues placing it as distasteful acts across the continent. “The racist backlash against the Black Lives Matter movement across Europe is a trend we have seen and documented,” Fare’s executive director Piara Powar told the press.

He also added that set against the BLM message of equal rights, ‘White Lives Matter’ can only be motivated by racism and a denial of equal rights. It shows exactly why the fight for equality is so important and why the majority of people have supported it. The movement, the issues that are being discussed, and the change that will arise are unstoppable. History will judge that this was a moment that led to change.

Kick It Out, English football’s anti-racism charity argued that the banner represented a grave misunderstanding of the BLM initiative. Sanjay Bhandari, a Kick it Out representative said that it is to highlight that black people are being denied certain human rights simply by virtue of the colour of their skin. It is about equality. We shall continue to support the Black Lives Matter movement and the fight for greater equality for all in football.

Lancashire Constabulary’s East Division Football Unit, responsible for policing Burnley games, tweeted that they were “aware of the incident” and “will be fully investigating.” After the plane flypast incident, Burnley never got going. The visitors have been weakened by injuries and contractual issues. 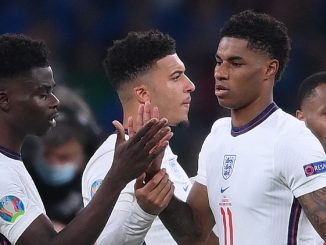 Sport
The English Football Association said it was “appalled” and “disgusted”.

Lifestyle
Italian footballer playing for Manchester City, Mario Balotelli, hasn’t had much chance to show his talent on the field, with recent weeks marred by on-pitch brawls and gossip of being…
loading...

Lifestyle
After Cortina, more Dolomites ski resorts are opening in November, with the Dolomites Superski area opening on the 28th. It includes 12 skiing areas over 1,200 metres of slopes, and…

Lifestyle
We have some more gossip from Italy and a look at some hot Italian footballers this Friday, in a bizarre move from stylist Dirk Bikkembergs. Bikkembergs is known as the…

Autumn in Italy: health and wellness at Fantini beach, Cervia

Adopt a cow on holiday in Italy