The English Football Association said it was "appalled" and "disgusted".

Marcus Rashford, Jadon Sancho and Bukayo Saka, the three England players who missed their penalty kicks in the Euro final, which sealed England’s defeat by Italy at Wembley on Sunday, have been the victims of racist abuse on social media.

“We are disgusted that members of our team, who have given their all this summer, have been subjected to discriminatory attacks online after tonight’s game,” the English Football Association said on its Twitter account.

“We stand behind our players,” it added. In a statement, the FA said it “condemns all forms of discrimination and is appalled by the racism being spread on social media against some of England’s players”.

“We say in the clearest possible terms that anyone behind such disgusting behaviour is not welcome among the supporters of this team,” it also said.

I am sickened by the racist abuse aimed at England players after last night’s match.

It is totally unacceptable that players have to endure this abhorrent behaviour.

It must stop now and all those involved should be held accountable. W

London police said they were “investigating” the “insulting and racist” online posts.

The matter is being taken seriously at the highest level of government, with Prime Minister Boris Johnson denouncing the actions. “This England team deserves to be treated as heroes, not as victims of racist abuse on social media. Those responsible for this appalling abuse should be ashamed,” he wrote on Twitter.

This England team deserve to be lauded as heroes, not racially abused on social media.

Those responsible for this appalling abuse should be ashamed of themselves. 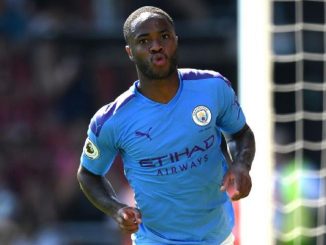 Sport
During the match between Manchester City against Burnley a banner a banner with the words “White Lives Matter Banner” was flown over Etihad Stadium.

Lifestyle
Italian footballer playing for Manchester City, Mario Balotelli, hasn’t had much chance to show his talent on the field, with recent weeks marred by on-pitch brawls and gossip of being…
loading...

Lifestyle
After Cortina, more Dolomites ski resorts are opening in November, with the Dolomites Superski area opening on the 28th. It includes 12 skiing areas over 1,200 metres of slopes, and…

Lifestyle
We have some more gossip from Italy and a look at some hot Italian footballers this Friday, in a bizarre move from stylist Dirk Bikkembergs. Bikkembergs is known as the…

Autumn in Italy: health and wellness at Fantini beach, Cervia

Adopt a cow on holiday in Italy