Best films of 2020: the ones you just couldn’t miss

2020 is coming to an end and we can definitely say we watched loads of films. Here's a list of the best ones you have to be sure you haven't missed.

2020 has surely been tough, for cinemas, for the entertainment industry and for all of us regardless of age and location. This pandemic really highlighted the importance of film series and blockbusters, which managed to keep company to millions of people worldwide during a very rough time. There were plenty of good films to watch in 2020, here’s a list of the ones you just cannot miss.

Parasite was a big winner at the Academy Awards 2020, winning both Best Picture and Best Director for Korean director Bong Joon-ho. It is a satire about two families based in Seoul from different social classes and it made history after becoming the first subtitled film in 92 years of Academy Awards history winning Best Picture.

This film was a runner up for Best Picture and it is a technical wonder. It is constructed to look like one long shot, made for an immersive viewing experience. The story is also great, in its simplicity, telling about First World War soldiers who are performed by some of the best British male actors.

This film is between horror and gothic, made of light and the absence of it, the frames and shadows absolutely emphasise a story that is already quite deep. Emotions are sharpened by the great cinematography and actors William Dafoe and Robert Pattinson make a wonderful performance. Two lighthouse workers in a desolate island, among darkness, boredom and a good old antagonism.

Portrait of a Lady on Fire

A love story in late 18th century France made absolutely stunning by the female gaze. You cannot watch this film without getting a sense of being.. a woman. The power of art, femininity and love combine in a film beautiful to look at and emotional to watch, in a story of passion between two deep women.

This film has such an intensity that you will be surprised even though we warned you. A story of a poet and her boyfriend who go to Oklahoma to meet his parents, simple, but deeply psychological and claustrophobic. You will notice it is an adapted novel by the same writer turned director, who manages to make you feel the story as if you were reading it, an incredible experience.

This PIXAR family movie is set to become a favourite for many. It’s the story of Joe (Jamie Foxx) who is a failed jazz pianist having an existential crisis. Co-directed and written by Pete Docter (Monsters Inc., Up, Inside Out) and Kemp Powers, this PIXAR animated film gets you straight in the..soul. It is definitely something different, a story that divides body and soul and then joins them together again with more emphasis, clarity and love for life.

From director Spike Lee, Da 5 Bloods tells the story of four Black veterans travelling to Vietnam to recover the remains of another veteran (Chadwick Boseman) and gold they had buried during the war. Emotional, funny, a story between old and new, full of flashbacks and with a strong ending. An amazing cast and director succeed in the making of a great cinema experience. 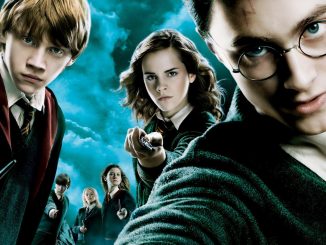 Movies: actors and actresses
Sources said conversations have taken place and multiple writers have been contacted to discuss the writing of the potential new series.

Lifestyle
In a recent interview given to A magazine, Monica Bellucci said she happy with her body and has no intention to undergo vanity surgery. Not now anyway. Although she‘s pushing…
loading...

Lifestyle
Virna Lisi, one of the most famous Italian actresses, in a recent interview granted to Telepiù just a few days ago, said that she’s still waiting for her successor to…

Elisabetta Canalis to get married in Italian film

Federico Fellini's library on show at the Fellini museum in Rimini

21 April, 2020
Copyright © 2020 | NewHub.co.uk - Edited in UK by Contents Media - All Rights Reserved.
All content is produced by independent creators via the Contents.com platform. If you want to write for Newshub.co.uk, subscribe to Contents Creators.
Made with ❤ in London UK