In 1913 the famous tenor from Verona, Giovanni Zenatello, visited the Arena in Verona with some friends, and for some improvised fun, sang an operatic aria.
Zenatello and the group were surprised by the incredible acoustics in the 2,000 year-old building, and were inspired to set an entire opera in the amphitheatre.

For the occasion, Verdi’s Aida was chosen.
After the first stunning performance, the Arena established itself as an international institution, attracting crowds from abroad.
The great Maria Callas made her debut in Verona in 1947, and in the 1970’s operatic singers such as Placido Domingo and Pavarotti graced the stage.

The Arena is one of Italy’s most important Roman structures, and this year will host the 87th Festival dell’Opera that runs from June 19th to August 30th.
50 shows are on the program this year, with famous singers, accompanied by the Arena orchestra and dance group. 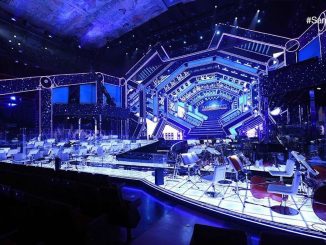