Today we’re going to look at this traditional Italian Christmas recipe from Bologna called the certosino.
It’s a kind of cake or sweetbread which is also called panspeziale or ’spiced bread’.
It’s made from a series of ingredients including dried fruit, almonds, dark chocolate and pine nuts and goes back to the Medieval period when it was made by apothecaries, before the recipe was taken on by the Carthusian monks.

The Certosino di Bologna is one of those hearty Italian desserts which will wash down nicely with a strong dessert wine or port.
It’s much closer to a traditional Christmas cake or fruit cake for us than other desserts we’ve seen so far and it’s perfect for a snowy winter evening.

From these ingredients you should be able to make about four “loaves”.
Don’t try and make less and bigger loaves because otherwise the cooking time isn’t right and you risk having an uncooked centre.
To start, mix the honey, flour and wine together to create a thick mixture.
Add all the other ingredients, making sure that the figs are sliced, and add the yeast or rising agent last.
You can easily decorate the loaves with some of the dried fruit, for example walnut and almond halves.
Place the loaves on an oven tray covered with oven proof paper and bake at 130°C for 90 minutes.
Leave the loaves to cool completely in the oven before taking them out.
This is the perfect recipe to create a couple of cakes which you can take with you on your Christmas visits or use for a hamper. 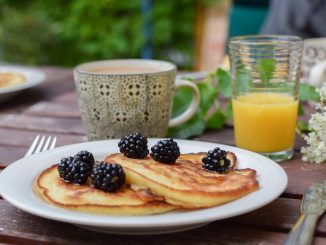 Dessert
You can taste pancakes with fruit, nutella, maple syrup, bacon. Multiple are the flavors you can combine with them 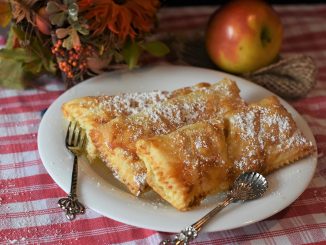 Dessert
Creativity spoils when using this base. Recipes with puff pastry are the jolly of many of our dishes, both sweet and salty ones.
loading...

Dessert
Many Italians celebrate birthdays and other important events with a large fruit tart made from shortcrust pastry, custard and fresh fruit. Called a ‘crostata alla frutta’ you’ll often find it…

Dessert
Italian desserts are many and varied but one of my favourites is the traditional panna cotta. It’s light and can be adapted to anyone’s taste, served with forest fruits or…

How to serve Italian cheese: condiments

How to make home made Nutella

Italian Christmas desserts: what to do with leftover panettone and pandoro

24 March, 2020
Copyright © 2020 | NewHub.co.uk - Edited in UK by Contents Media - All Rights Reserved.
All contents are produced in a hybrid way by a technology of Artificial Intelligence and by independent creators via the platform Contents.com. If you want to write for NewsHub.co.uk, Sign up to Contents Creators
Made with ❤ in London UK