Friends the Reunion: the shooting of the new series has just finished

In 2020, the actors announced the filming of "Friends the reunion". However, due to Covid-19, only on April 2021 the shooting was finally over.

Already last year, the actors announced that something was boiling in the pot. They also posted a photo on Instagram, with the caption: “Friends the reunion”. The fans were eager to discover what was going on, and meanwhile, unpublished photos appeared on social networks.

But only on April 2021 the shooting has finally finished.

What we know about “Friends the Reunion”

In short, the photos that the decorator had published on social networks showed Monica’s sofa, fountain and apartment. Matthew Perry also shared a selfie while wearing makeup.

After a short time these pictures were immediately removed, because the production didn’t want to give clues to the fans. It was a way to leave the fans with as much suspense as possible. In fact, they are getting more and more impatient to find out what the new season of “Friends” will be about.

It has been over a year since production announced a reunion of the original cast. However, due to Covid-19 restrictions, there have been significant delays. In fact, just to avoid any risk, HBO Max has not yet revealed the release date.

We are all waiting to see the very famous and loved characters and their stories on our screens.

Culture
All the profits will be funding the charity Albert Kennedy Trust, to support youth homelessness in United Kingdom due to sexual discrimination.

Culture
Summer is coming, as we have just entered the month of June here all the Netflix releases of this month, a must to watch them as soon as possible.
loading...

Culture
“The Bench” is the Duchess of Sussex’s first children’s book, which explores the special bon between a father and his son.

Culture
I May Destroy You’s Michaela Coel and Normal People’s Paul Mescal triumph, while The Crown was left empty-handed. 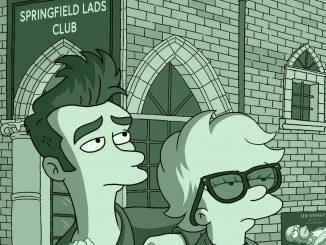 The Simpsons new episode will pay homage to The Smiths

16 April, 2021
Copyright © 2020 | NewHub.co.uk - Edited in UK by Contents Media - All Rights Reserved.
All contents are produced in a hybrid way by a technology of Artificial Intelligence and by independent creators via the platform Contents.com. If you want to write for NewsHub.co.uk, Sign up to Contents Creators
Made with ❤ in London UK